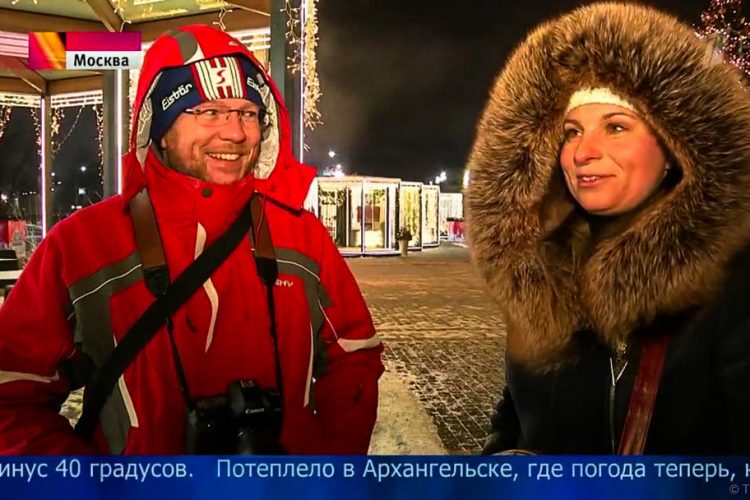 It is said in Slovakia: “Who is afraid of wolfs should not go to the woods.” After our last visit in Moscow we would paraphrase it as follows: “Who is afraid of frost should not go to Russia.” If you however are afraid neither of cold nor of frost you will love Russia just as we do. Especially, if you apply the Norwegian saying: “There is no bad weather, there are just inappropriately dressed people.”

How to “hack” the crowds

The festive atmosphere was present in Moscow even after the New Year’s Eve. The reason was simple. New Year’s Eve is just the beginning of the holidays in Russia. We wanted to experience the atmosphere and to enjoy the festive decorations of the capital on these days. Unfortunately, we typically tend to avoid crowded places. And that was the problem. There is no way to avoid the crowd in the city center at this time of the year. 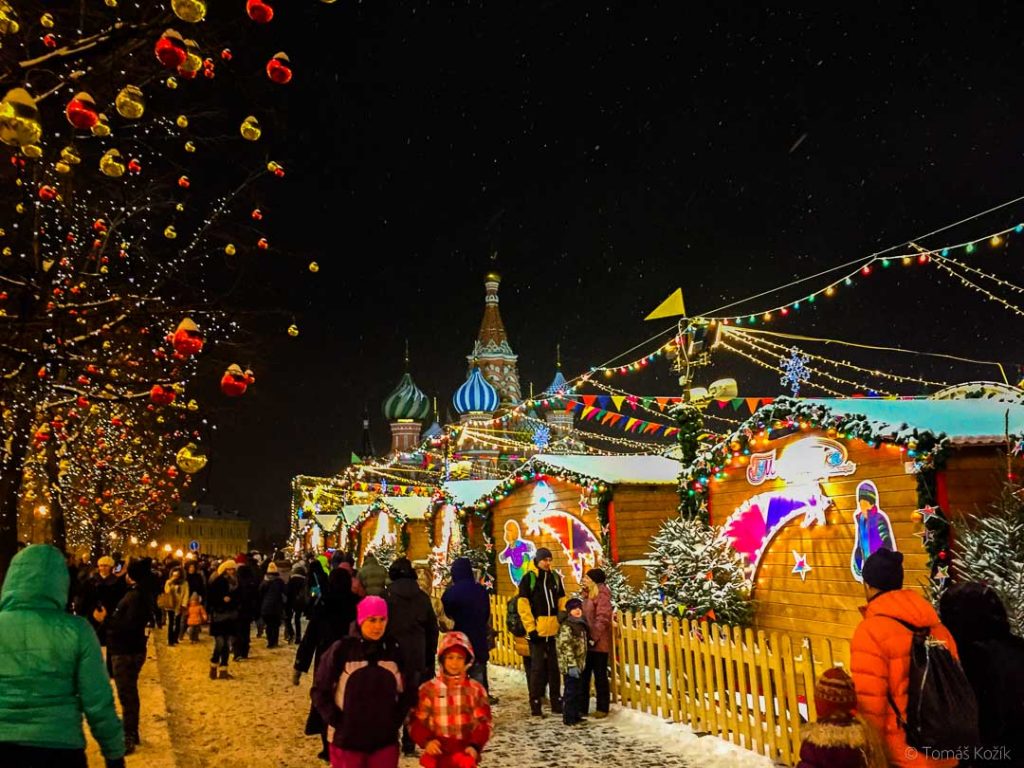 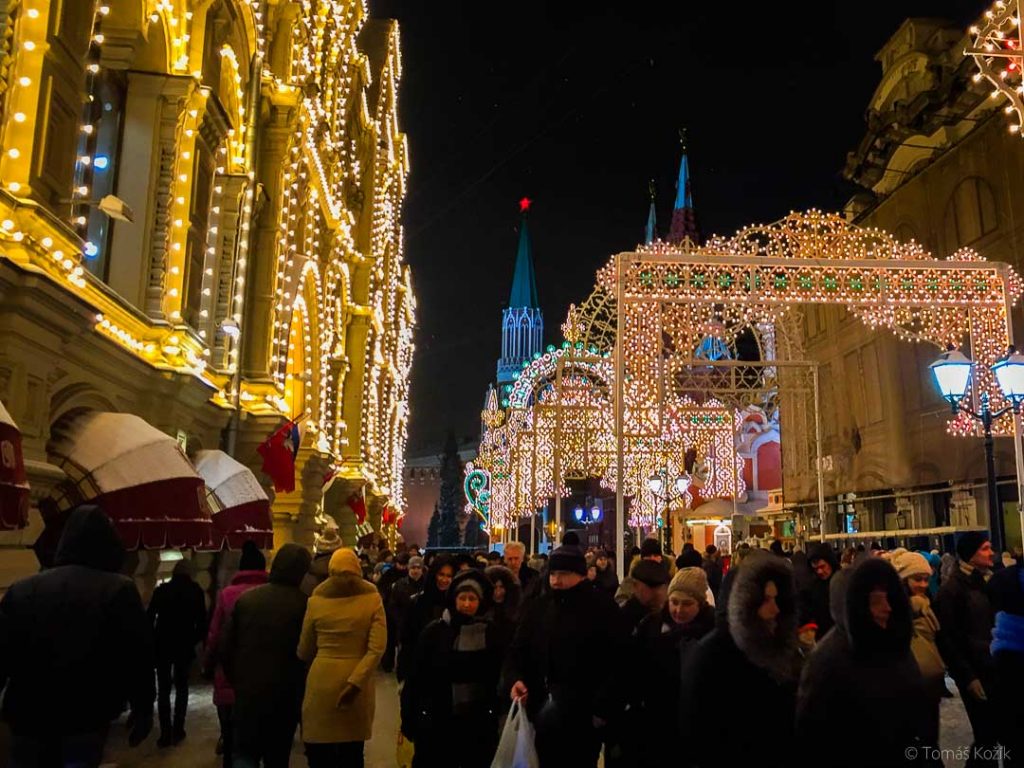 We anyway found a way how to hack it. There is free parking in the city center during the holidays and there is no crowd in the night. Our host offered us to take her car in order to get to the city center late at night. We did not hesitate a single second and accepted the offer immediately. We drove to the city center and close to midnight parked the car just a couple of steps away from the Red Square. We took our cameras and set off for a hunt. We hoped for a good shoot.

As cold as in a Russian movie

The comparison “as cold as in a Russian movie” is not coincidental. That night was a good opportunity for us as well as for our technical equipment to experience it. Before the batteries in our camera discharged we were able to shoot only two short videos. And so we can show you at least how deal the Russians with a lot of snow. Turn on the subtitles in order to understand what we say.

The weather forecast promised temperature as low as -27˚C. That still was not a reason to cancel our night sightseeing tour. We were encouraged by the experience we gained two years ago. We celebrated the New Year’s Eve in a forest then and the temperature sank to -33˚C. Since we survived this weather the temperature -27˚C seemed quite OK to us. We however did not consider the possibility that the meteorologists could be wrong with their forecast. In fact, it was -30˚C at that night. We anyway almost did not notice it. What we however noticed was the wind. As it started to blow in the frost of -30˚C we finally understood that it was about time to get back to our car and return back home. 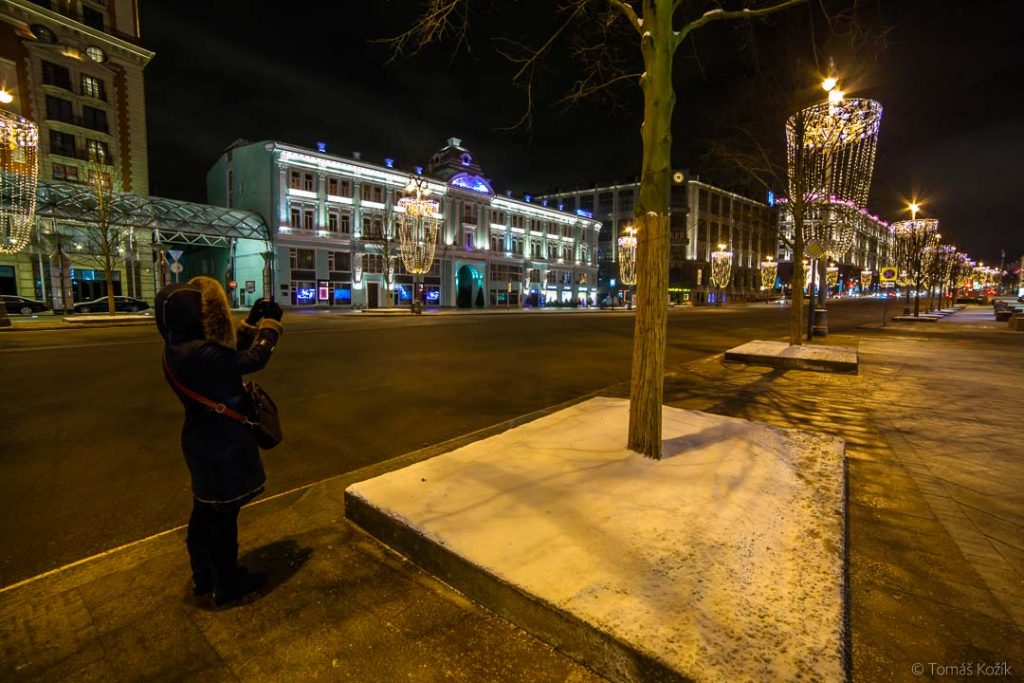 We walked for whole two hours in the freezing streets of Moscow. And then we met a TV crew. The journalist called on us from a distance already: “Dear friends, what made you go out at such a cold night?” We explained that we were tourists who simply wanted to have beautiful pictures of the festively decorated Moscow streets. We also explained that we wanted to make it before it really gets cold. The meteorologists expected the temperatures to sink even lower in the following nights. Obviously, we were the only tourists he met at that night since we appeared in the news of the Channel One Russia. Watch us from 1’23:

While we were still sleeping back at home, missed calls and unread messages from our Russian friends on our phones hoarded. They all were excited since they saw us on TV. To appear in the main news of the Channel One Russia is a big deal in this country. And so, literally overnight we became “celebrities”. It was easy like that. All we had to do was not to be afraid of the frost and to be willing to sacrifice a piece of our comfort in order to gain a couple of unique captures and unforgettable experiences.

When we thought that the craze was already over, we started to receive messages from our family and friends back in Slovakia. The Slovak television took the reportage of Channel One Russia and so we appeared in the news on our national TV as well. Watch us from the 12’40:

The sacrifice was worth it

That it was worth it to go to the city center on the coldest Moscow night in the last 120 year is already clear. Since we all did it for the sake of beautiful pictures, we add at least a couple of them. 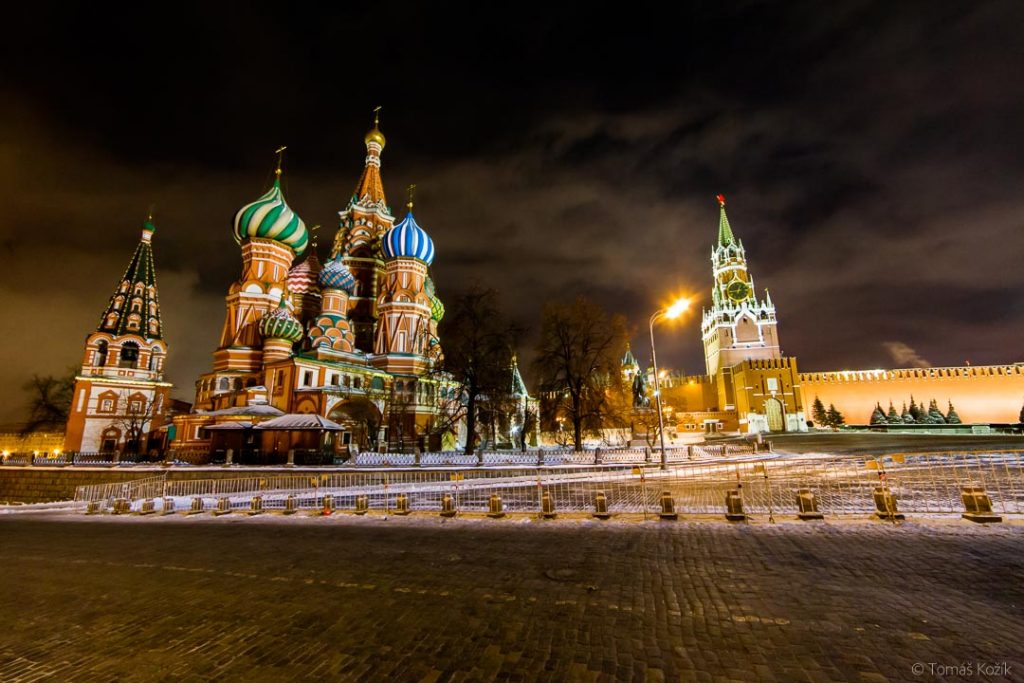 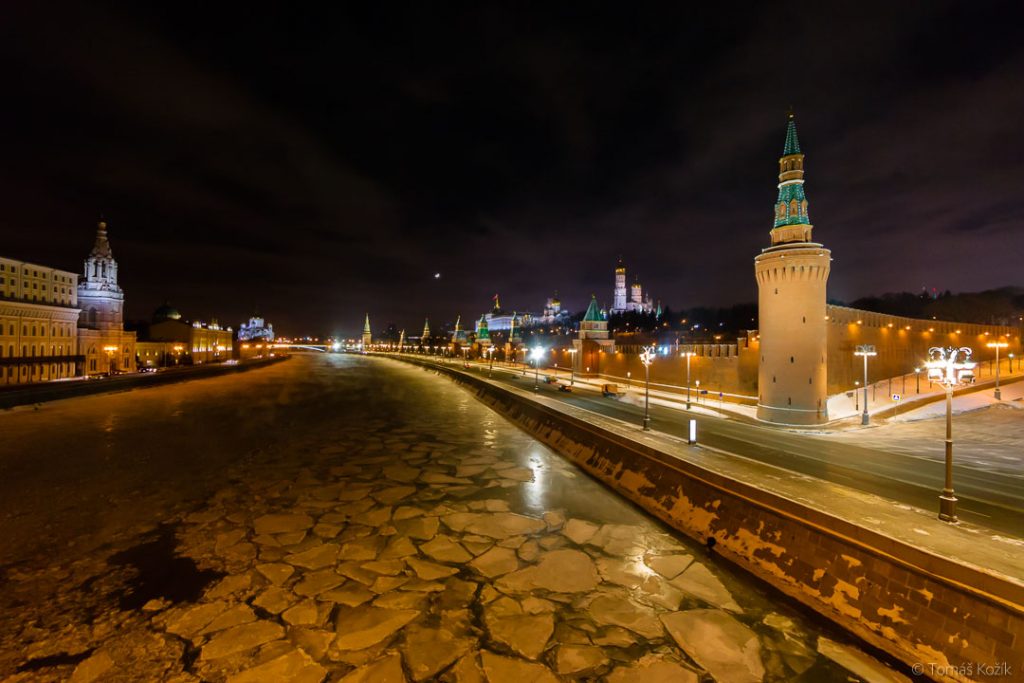 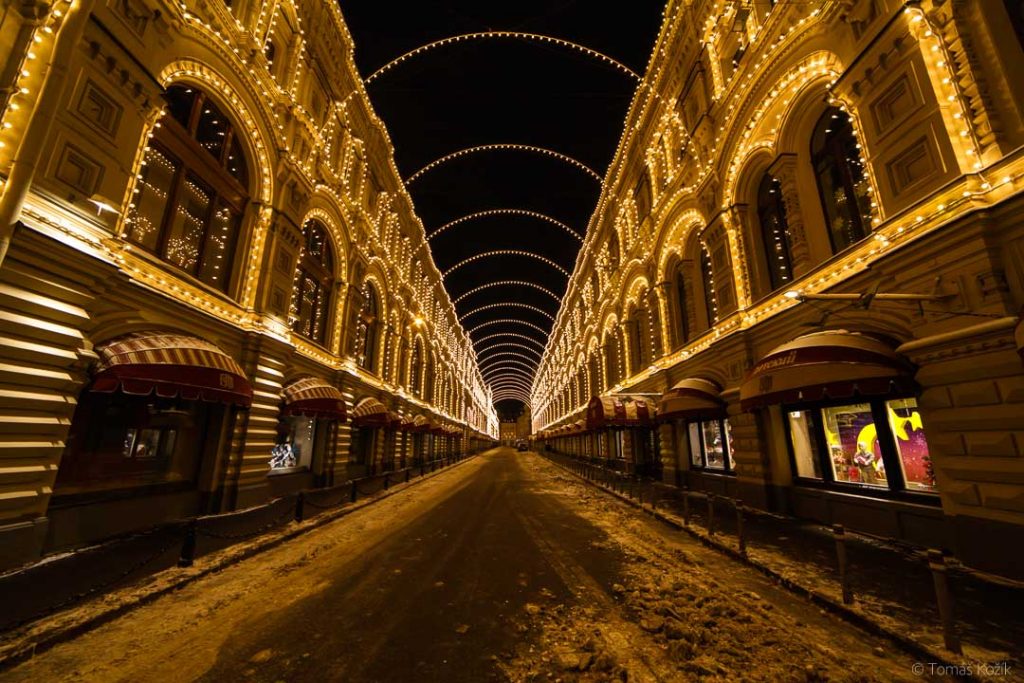 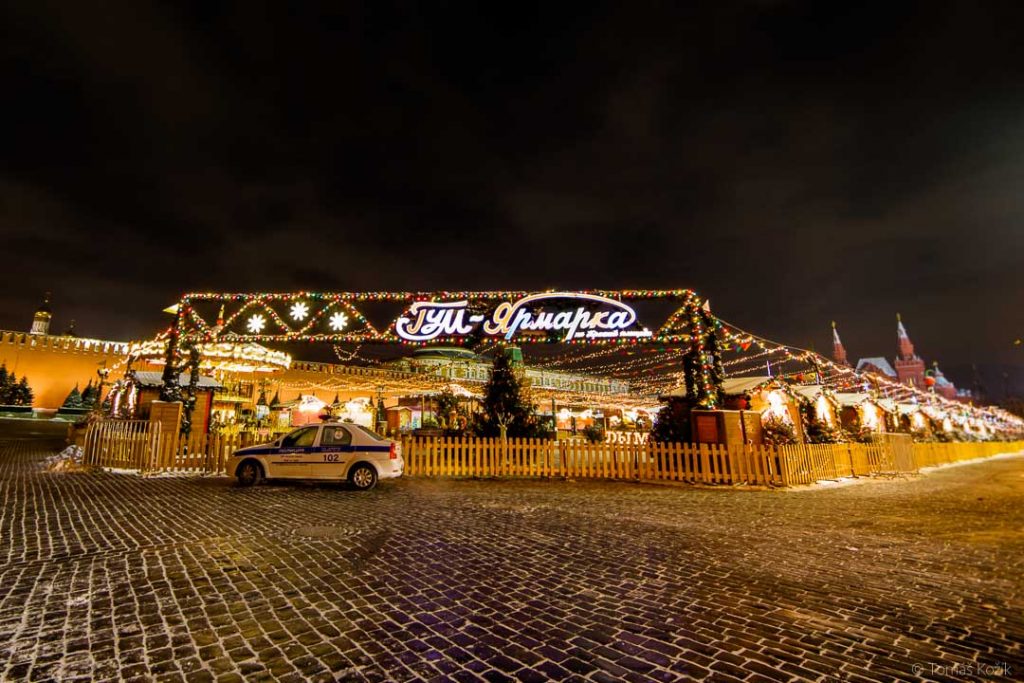 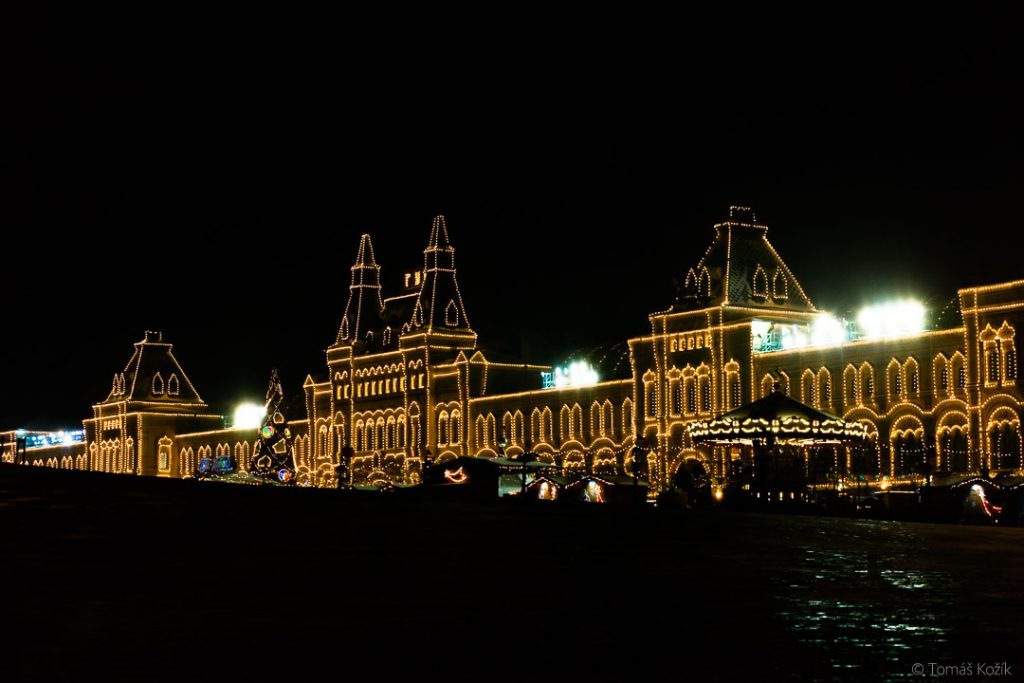 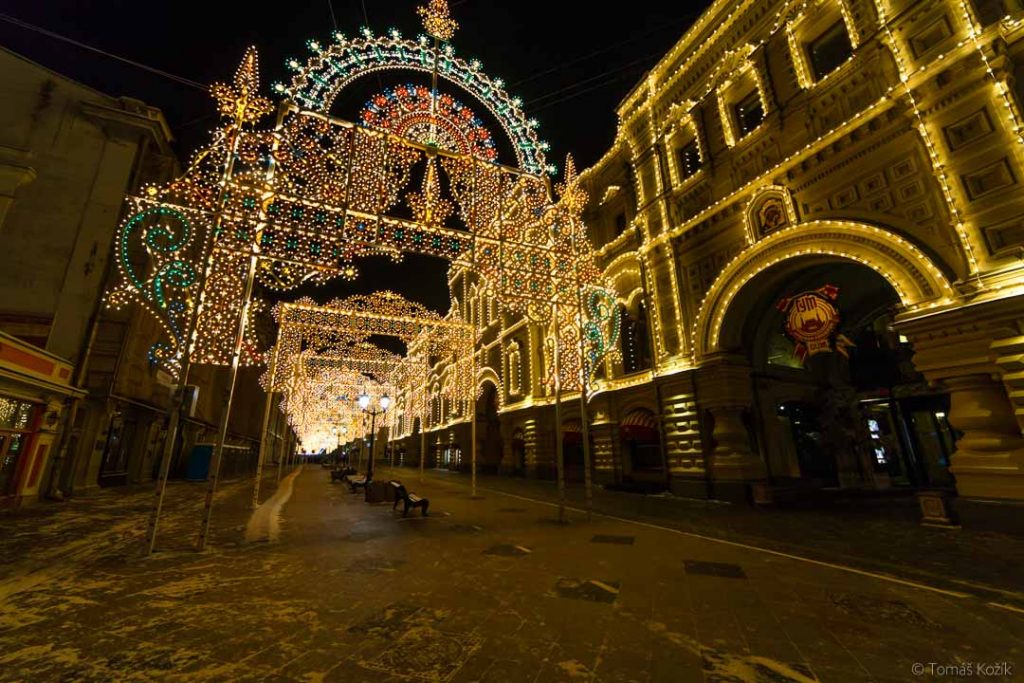 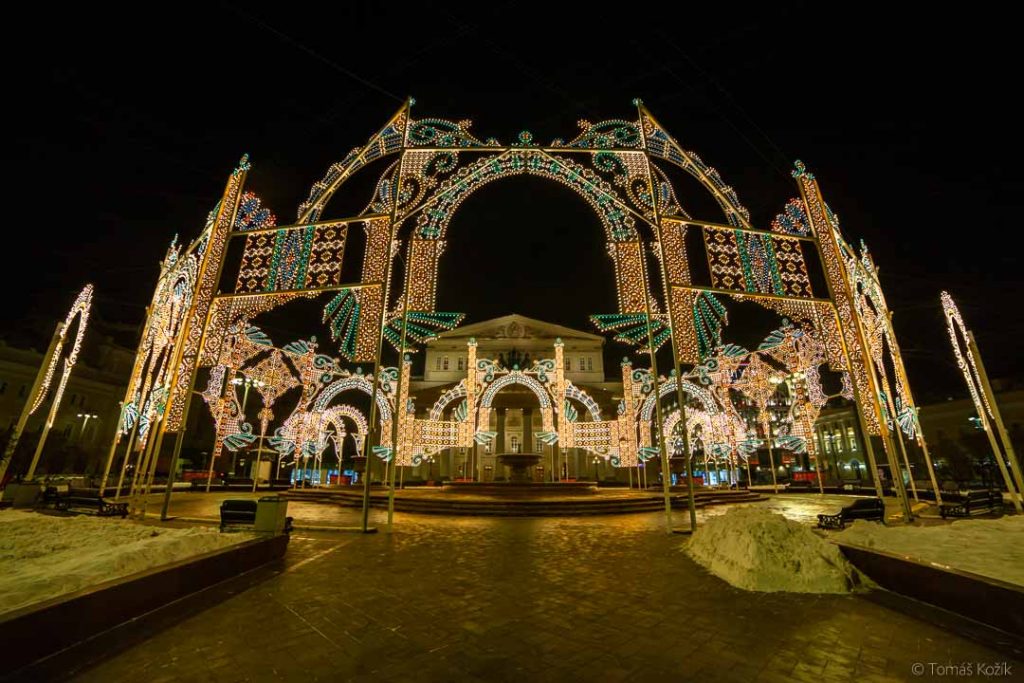