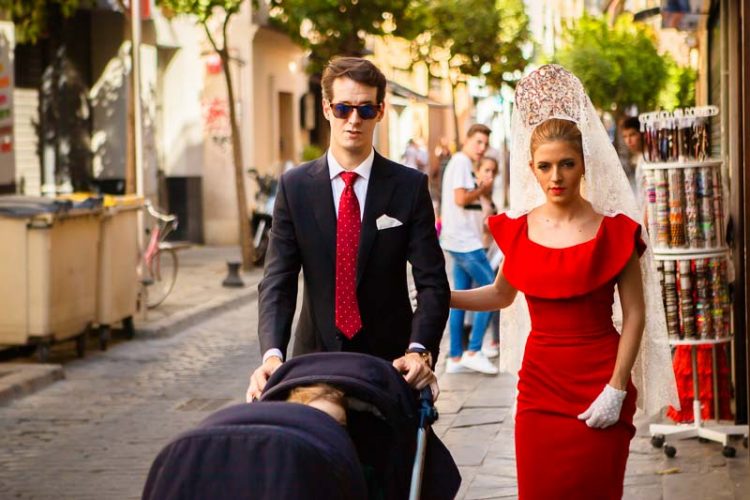 A young Slovak woman Jana has been living in Spain for 11 years already. She found her new home and her partner in life in Barcelona – the second largest city in the country. Although she settled down on the outskirts of a vibrant city, she is fully consumed with her countryside hobby – horses. She shared with us in the interview below why she chose Spain for life, what it is like to live with the temperament Spaniards and much more. 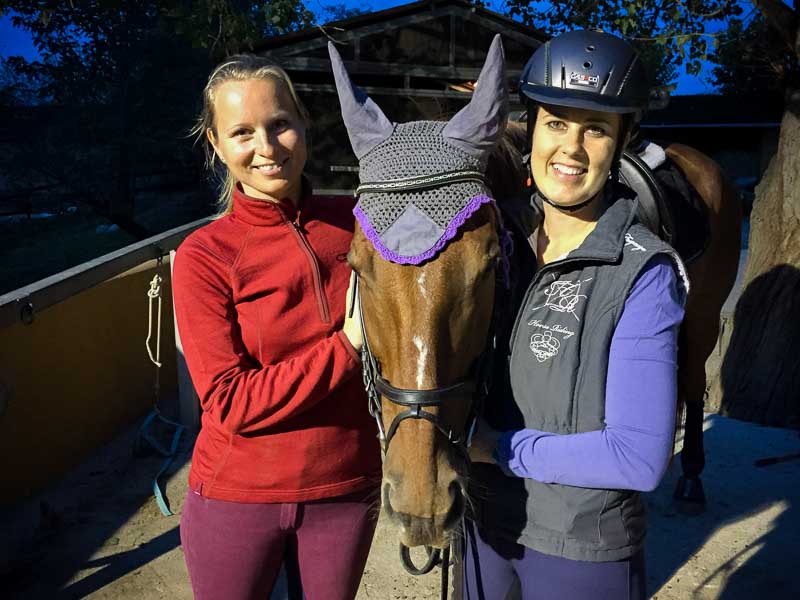 Vista Travellers: Jana, you have been living in Spain for a couple of years now. What was your journey to this country? Under what circumstances you decided to come here and why did you stay here?
Jana: It was obviously my destiny to get to Spain and to stay here. The story however belongs to my private library. I can anyway explain, why I decided to settle down here. I felt here more comfortable than in Slovakia. I had better chances for a career growth. And of course, the climate here is very pleasant. 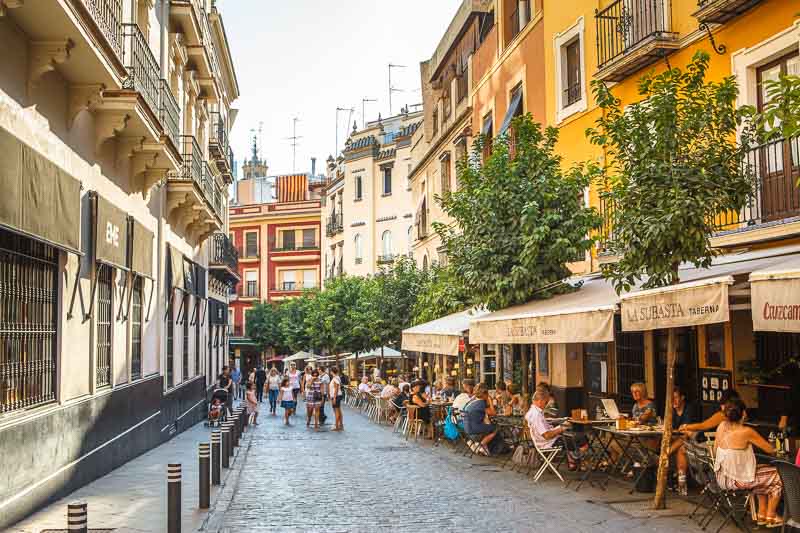 Vista Travellers: Did you have any special reason why you chose Spain?
Jana: I was always attracted by the south of Europe – especially because of the climate. And now, when I have spent some time here, I am convinced that I have stayed also because of the people.

Vista Travellers: Today your life is connected not only with Spain, but also with a Spaniard. Have you ever experienced problems in your relationship caused by the cultural differences? If so how did you deal with them? Maybe, you have some funny story in this relation?
Jana: By now we did not have any opportunity to face a serious problem in our relationship. Thanks God, my partner is very flexible. Anyway, occasionally we see things from different viewpoints because of our different cultural background and different natures. For example he cannot understand why I get upset by some events. On the other hand I cannot understand that he remains calm and cool. He also had to get used to the traditional Slovak Christmas Eve dinner. Carp does not have high culinary value in Spain. Their traditional Christmas dishes include rather seafood and the Serrano ham made of Iberian pig. 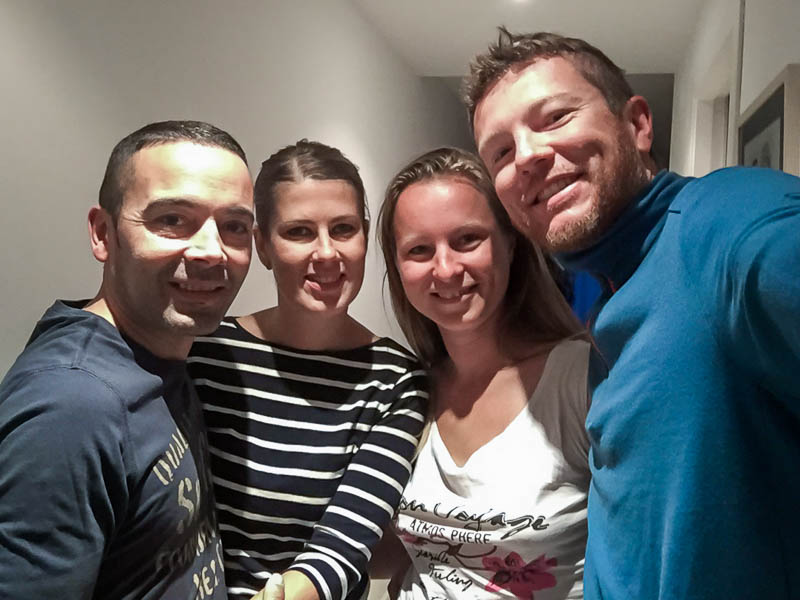 Vista Travellers: What do you like about Spain and the Spaniards?
Jana: I absolutely like their cordiality and naturalness. Spaniards are very friendly and informal. Instead of handshakes they greet each other with a kiss on each cheek. At work we are on first-name terms – including even the boss (laughter). The polite form of address is used only in the official situations, e.g. in contact with the authorities, in court etc. Another thing I like about the Spaniards is that they take life easy. We anyway cannot survive it (laughter). They face problems rather with optimism. They are more tolerant in comparison to the Slovaks and for sure they are less nervous. But that is for sure caused by the southern sun. 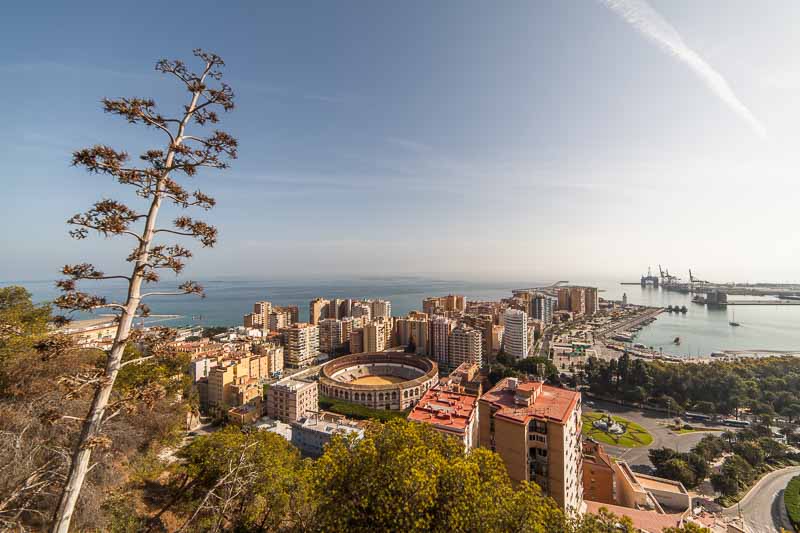 Vista Travellers: Was there something about the country or its inhabitants that surprised you in a negative way?
Jana: The only disadvantage is the local social and family policy. For example the maternity leave here is only 16 weeks. After that the women either have to go back to work or to take unpaid leave.
Children here have summer holidays for 3 months. If the grandparents or someone else from the family does not help out the parents, they have to pay a summer camp or a baby-sitter. I personally consider 3 months of summer holidays excessive.
And I also had to get used to the Spanish perception of time. 5 minutes here takes longer than 5 minutes in Slovakia. And so I usually say that it is “5 minutes of Spanish time” (laughter).

Vista Travellers: How do the Spaniards treat the foreigners? What is your personal experience?
Jana: The Spaniards are very tolerant, friendly and absolutely used to foreigners in their country. It is for sure because they have a long-lasting experience with the immigration. I have never felt discriminated because of my origin. Surprising enough, when it comes on the official intercourse I felt more at home here than in Slovakia. Maybe I got used to their openness to such extent that I perceive people in Slovakia reserved and cold (I mean in the official intercourse and in formal communication). 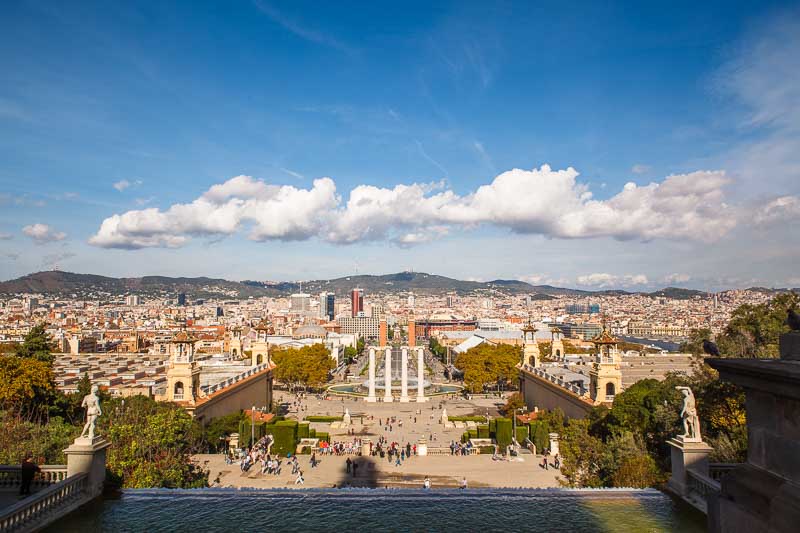 Vista Travellers: If Spain is ever mentioned in the Slovak media, it is mostly in relation to the economical crisis. Travelling across the country we however have not seen any signs of the crisis being present. No signs of people having hard times or fighting for their existence. You have been living here for a couple of years already. How do you perceive this?
Jana: Those who live here longer felt the crises. The unemployment rates increased, many people lost their jobs. The wages decreased rapidly. The hypothecary market crashed and many houses and apartment blocks remained unfinished. Many families lost their homes due to their inability to pay the mortgage. These signs of crisis were visible especially in the inland. The coast survived especially thanks to the tourism industry. You have been travelling along the coast most of the time and so you could not really notice the signs of the economical crisis. Anyway, the tourism industry in Spain has been growing rapidly in the last years. I think the reason is the terrorist attacks in some popular and low-cost holiday destinations. 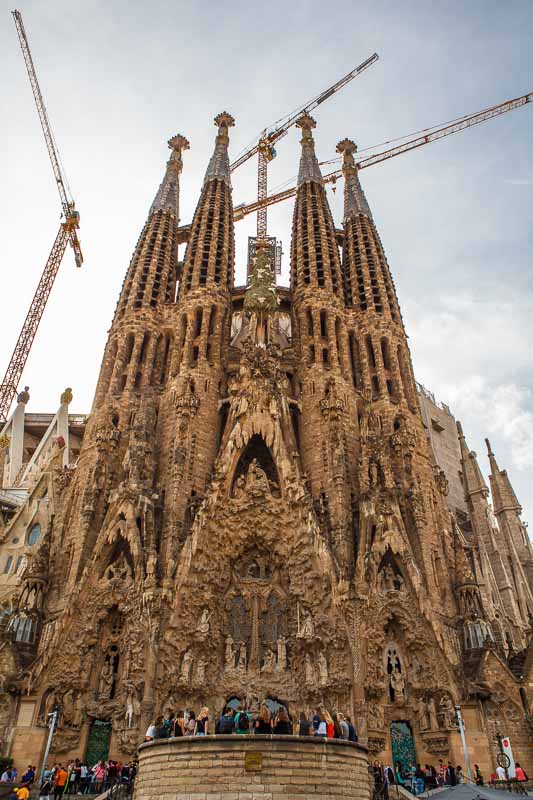 Vista Travellers: Although you are more at home in Spain already, do you still follow the events in Slovakia? If so what do you think about the current developments?
Jana: I keep reading Slovak magazines I usually bring from Slovakia. Thanks to them and to internet I still can track the events and developments back in Slovakia. Unfortunately, the situation in Slovakia makes me feel sad. Already when I used to live there I was unsatisfied with some things. Now I have the impression the situation has even declined. I think that the change from a complete lack of freedom managed by the previous regime to the current situation in which the motto is “I do what I want and cannot get punished for anything” caused a lot of disruption and damage (corruption, legislative full of holes etc.). I also read very often that the healthcare and educational systems are in agony. In fact, those are the pillars of the society and its development. It is very sad.
Also the pensions are ridiculous – especially if compared to the real life costs and average prices in Slovakia.
On the other hand I believe Slovakia provides better conditions for entrepreneurship. All you need is a good idea and a good implementation plan. Here in Spain the market is more oversaturated.

Vista Travellers: Do you visit Slovakia? If so how often?
Jana: Of course I do. I visit Slovakia as often as the circumstances allow me to. Usually I come back in summer and for Christmas.

Vista Travellers: During your visits in Slovakia have you noticed any changes that make you anxious (either in relation to the political development, or in the attitudes of people to the current topics or their behaviour in various situations)?
Jana: Definitely. Right from the beginning I perceived a change in the behaviour of people. They seemed more reserved to me – I mean in the usual situations like when meeting them on the street, in a restaurant, in a shop. For sure the actual situation in Slovakia – political, economical, cultural – carries a big share on this result. We cannot blame people for not being happy if they are facing hard times.
I also have the impression that people got obsessed with materialism. As if it was more important what I have instead of what I am. I have a better car, house, summer holiday destination – that is the most important in life for most people. But maybe I am wrong and it was always like this. I only perceive it more intensively due to my long-term residence abroad.

Vista Travellers: Could the Spaniards teach us something?
Jana: To live here and now. Do not suffer because of the past or make worries because of the future. What happened already could not be changed. What is ahead is unknown anyway.

Vista Travellers: And is there anything the Slovaks could teach Spaniards?
Jana: Punctuality (laughter).

Vista Travellers: What is it you miss most from Slovakia? If you could take three things from Slovakia (tangible or intangible, or people) and bring them here to Spain what would it be?
Jana: Without even thinking about it – my family and friends. It is a high price you have to pay for life outside your homeland. Despite the fact I live abroad for 11 years already, I still miss my beloved ones as much as at the beginning. Well, I also miss the Slovak cuisine, Vinea drink and fresh fruits and vegetables from the garden of my parents. And I also miss the scent of forest, especially when it is full of mushrooms. That scent is unique.