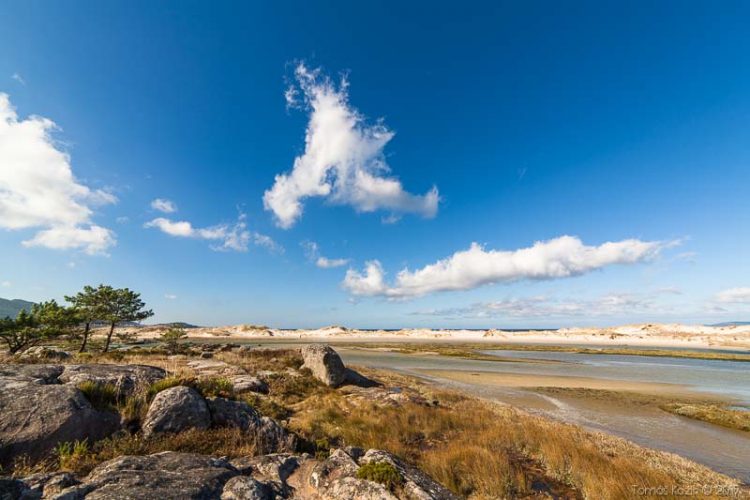 We found only interesting and beautiful places in Galicia. We were to the end of the world. That is the meaning of the name of the westernmost point of Spain. It is called Finisterre, evtl. Cabo Fisterra. Only a couple of kilometers from Finisterre there is the beach of Carnota. It is being regularly ranked as one of the most beautiful beaches of the world. And these are the places where we are about to take you now. 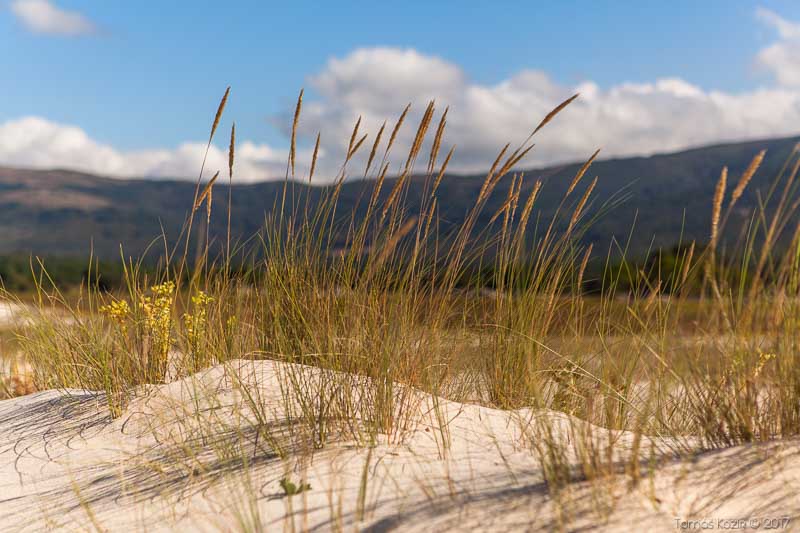 For sure everyone heard of the Way of St. James already. Majority of the pilgrims following this way finish their pilgrimage in the Cathedral of Santiago de Compostela. However, the very last stop of the Way is Cabo Fisterra, i.e. the westernmost point of Spain. Obviously, all of those who made it to this point are kind of pyromaniac. The pilgrims arriving here burn the clothes and shoes in which they performed their pilgrimage. They do not let the numerous signs hanging all over the place and prohibiting manipulation with open fire to disturb them. 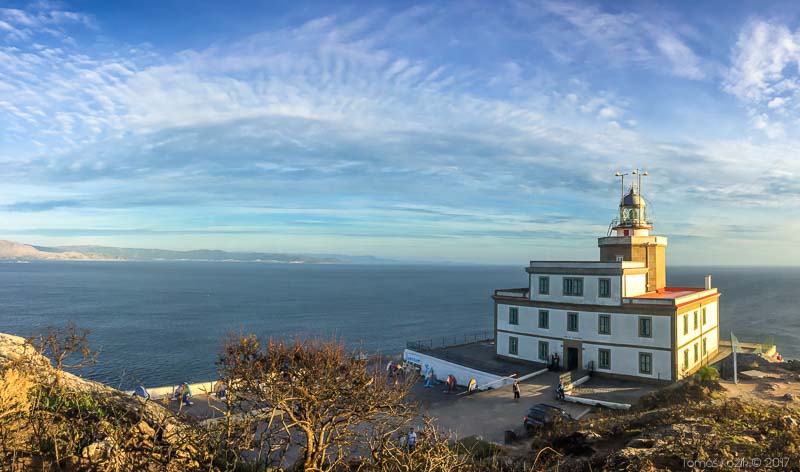 Cabo Fisterra got special for us also for another reason. It was one of those overnight stays that carry some “top” inside. This time it was the overnight stay at the westernmost point of Spain. There is a parking lot for camping cars and car homes hidden underneath a steep cliff just a couple of meters away from the Faro de Fisterra lighthouse (btw., even today this lighthouse plays an important role in the naval navigation and its light signal is visible up to 65km). And that was the place we chose for our overnight stay. 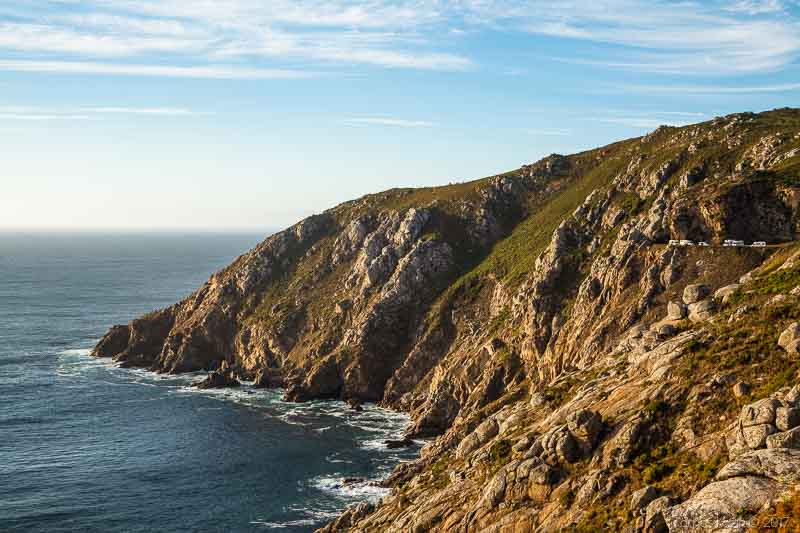 It was quite funny to observe the reaction and faces of the crews of the camping cars already lodging at the westernmost point of Spain when they saw us coming. First of all, they must have wondered how we could overcome the “almost” off-road entrance to the parking lot. And they for sure could not imagine what intentions we had with that Tourer on that place. However, their worries vanished immediately as soon as we took out our camping equipment and started to prepare our dinner. They saw that we were members of the community and returned back to their previous activities.

To observe the sunset from the lighthouse located nearest to the American continent was a fascinating experience – not only for us. Tomáš could not resist commenting it ironically that it was not as half as good as the “sunset” at Nordkapp. It was anyway very romantic! 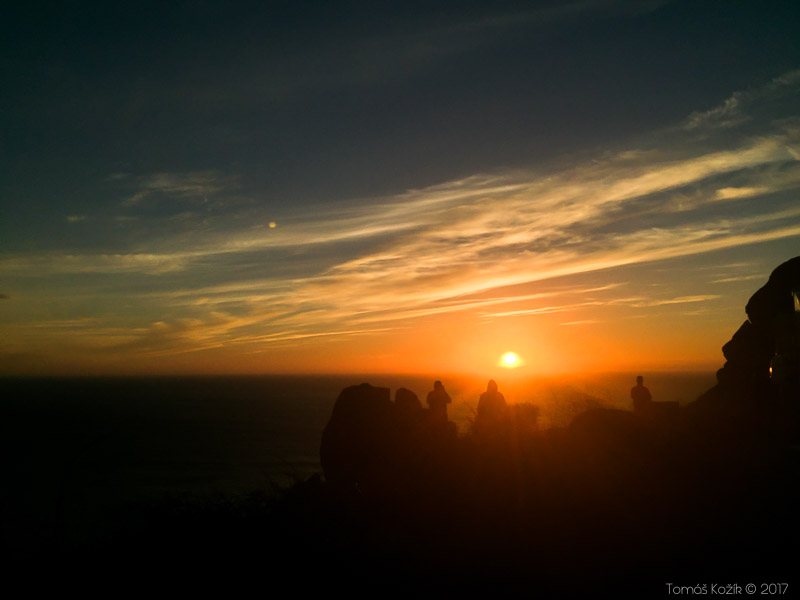 We also managed to make new contacts with our neighbors. From one of them we got a tip for the Playa de Carnota (Praya de Carnota in Galician) beach. 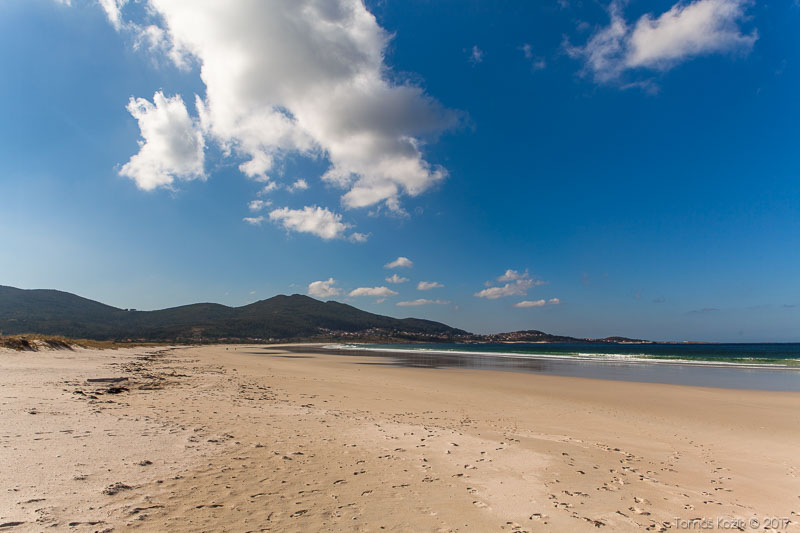 Although he could not tell us a lot about the place since he spoke only Spanish and we did not speak Spanish at all. The information he transmitted was sufficient for us to understand that we cannot miss this place. As soon as we saw it, we were sure that it was one of the most beautiful places we had ever seen. 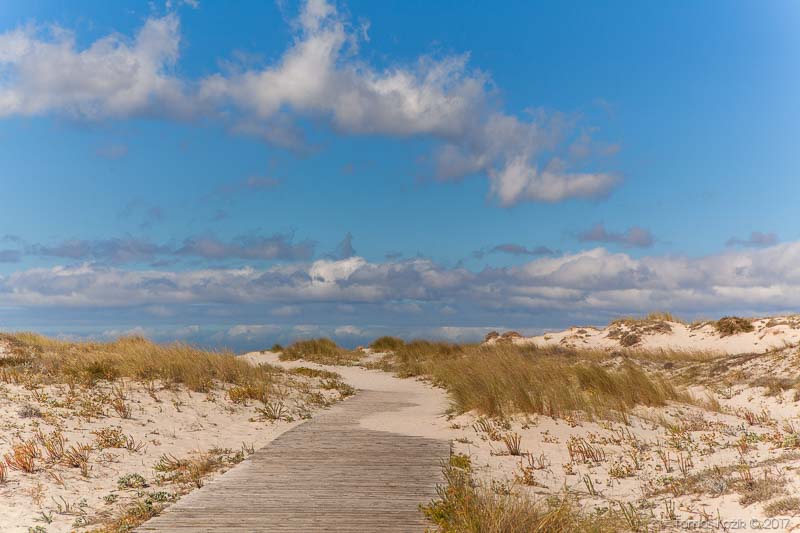 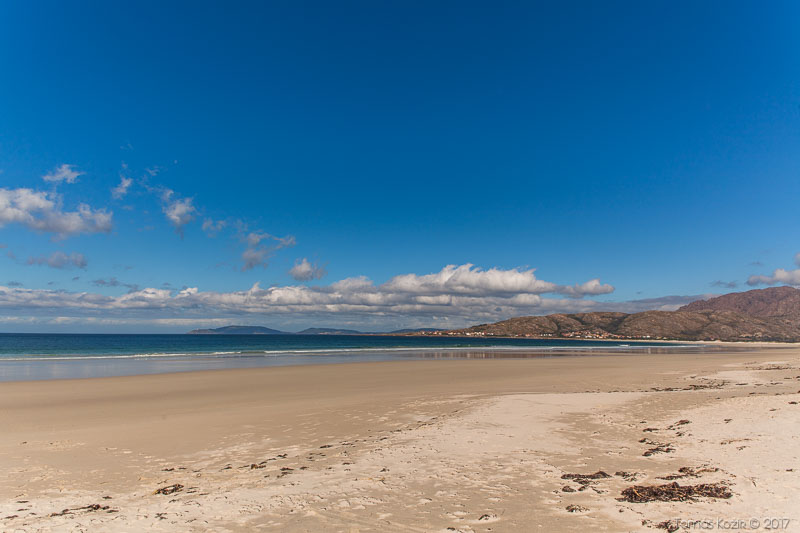 We found this inscription in the sand: “Galifornia”. It expressed absolutely everything. 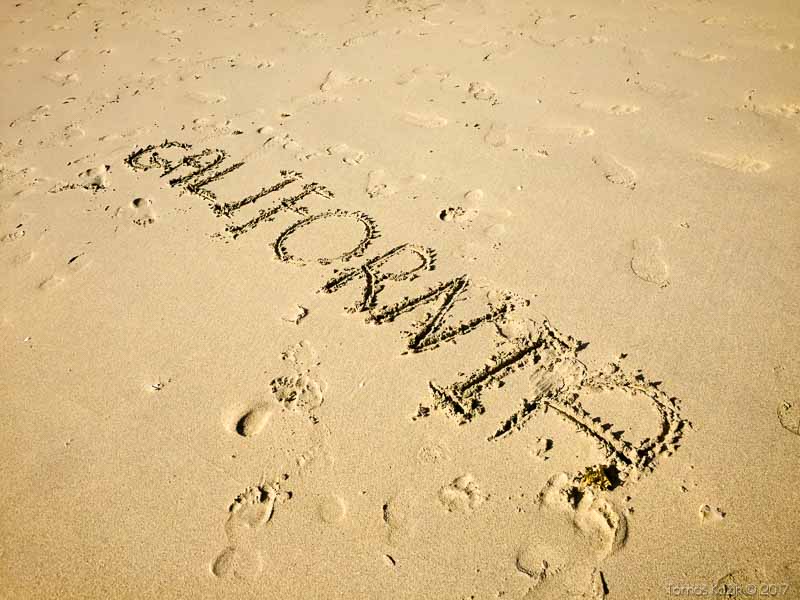 The good news is that you can sunbath and swim naked on this beach. It is officially naturist. And since there is obviously no thread that it can get crowded, you will enjoy pure freedom and independence here.