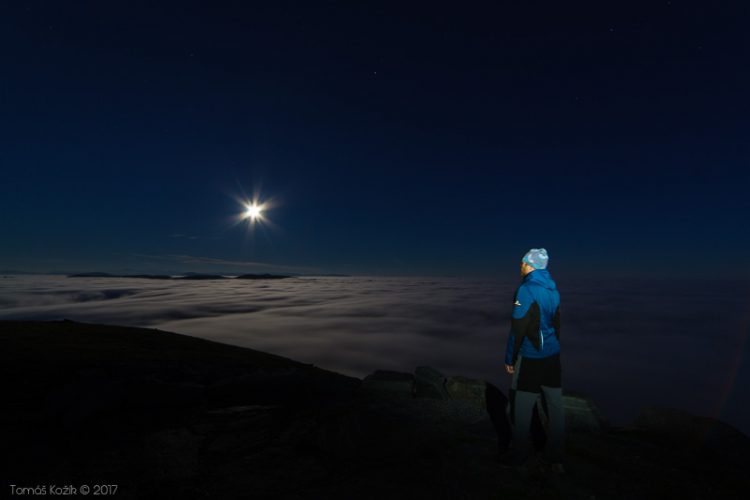 We were lucky enough during our expedition To Gibraltar through Nordkapp to collect many unforgetable experiences. Many of them were possible only thanks to the tips and recommendations of the locals we met or got to know. It was also the case of our trip to Vestkapp – the westernmost point of Norway. We set off right after coming back from Mount Hornelen, Europe’s highest sea cliff. We described the trek in our article Mount Hornelen – trek to the Europe’s highest sea cliff.

Vestkapp is a 496 meters high sea cliff. On sunny and clear days it is possible to enjoy the breathtaking panoramic views of the surroundings and the endless ocean. You can get to Vestkapp by car using a narrow road leading from the main road FV633. The road as well as parking at Vestkapp is free of charge. There is also a chalet. It is however closed for the time being.

Not even fog can disturb the Vestkapp experience

We set off to Vestkapp right after coming back from Mount Hornelen. We got this tip from a young couple we met the day before. They literally insisted that we go. Although it meant for us to drive back to north at least 150km, we decided to take the risk. And it was the best decision.

The trip did not look very well right from the beginning. Our expedition car drove through thick fog for more than two hours. The crew inside had no idea what to expect in the final destination of this trip. And what we found there indeed nobody expected.

The last leg of the trip led us up a steep rocky road. The fog was so thick that I was not able to see anything from behind the wheel. Suddenly, the fog vanished and we were able to see a clear night sky.

As we moved up the fog turned into a restless milk sea spreading below us. We could see the evidence of the recent sunset shining at the horizon. It colored the lazy fluffs of fog to all shades of orange and yellow. 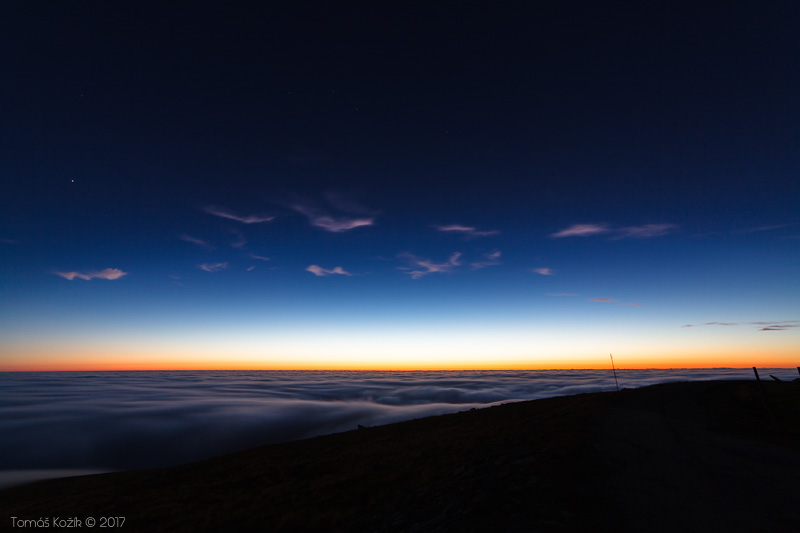 On the other side the sky was completely dark with the full moon shining bright. We parked the car at the end of the road. We shut down the engine. We stepped out of the car and were able to do nothing but to stare speechless at the stunning panorama Vestkapp prepared for us. We stood there on its top completely alone. Just the voices of sheep were to hear from the dark from time to time.

After we “got used to” these breath-taking views we ate a simple dinner. We got quite hungry after the exhausting trek to Mount Hornelen and the following demanding drive to Vestkapp. We spent the night exactly where we were. Originally, we wanted to build our tent. Fortunately, the sheep occupied the whole area and so we could not. When we woke up in the morning, everything was swimming in the white milk of the humid fog. It took us only a moment to make a selfie. It was anyway long enough to get completely wet. 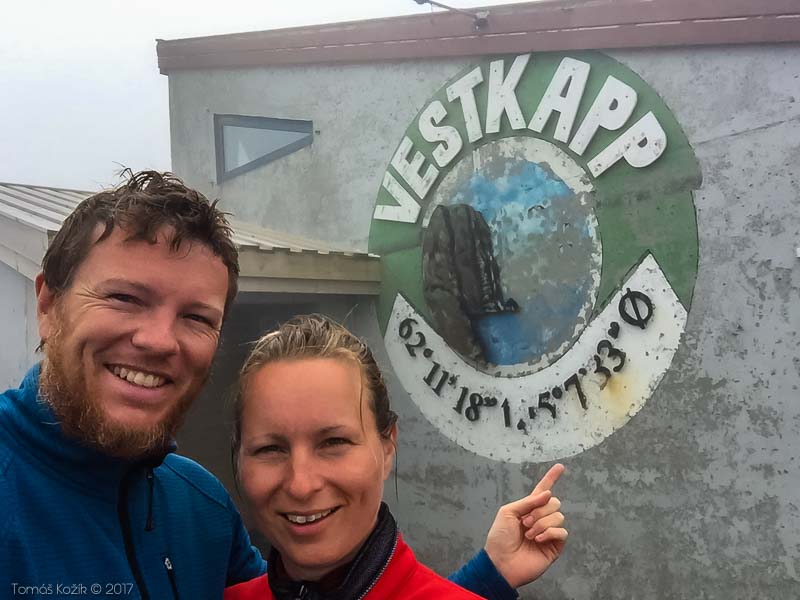 Although we had no luck for the weather on Vestkapp we enjoyed views like nobody else. It is true that not even fog can disturb the Vestkapp experience.