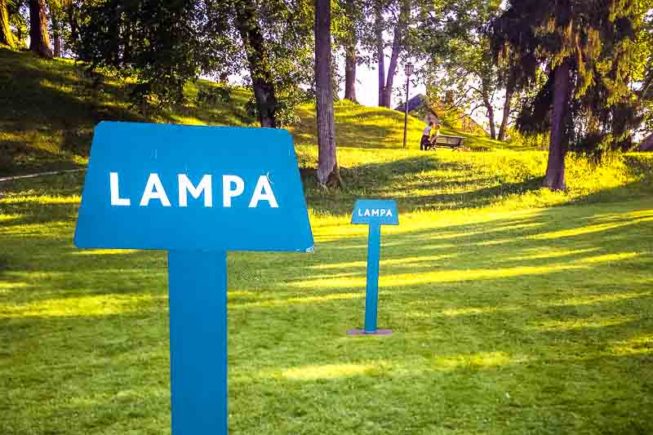 Summer. The time you usually cannot wait to come. The time of the year that is usually connected exclusively with pleasure and relax. Not in Europe. Not anymore. After the last year immigrant’s crisis the Europeans looked at the coming summer with concerns. The prognosis were bad. According to analysts the number of immigrants reaching illegally the boarder of European Union should increase in comparison to the last year. Ach, those immigrants. Why haven’t they stayed in their countries? Why do they want to come to Europe? Why do they risk so much?

Although we did not expect it, we received answers to all those questions during the Lampa festival that took place in Cesis, Latvia. From the shadow of the label “immigrant” three people suddenly stepped out. Three very concrete people with their own very concrete but very different stories were illuminated by the light of the Lampa discussion. 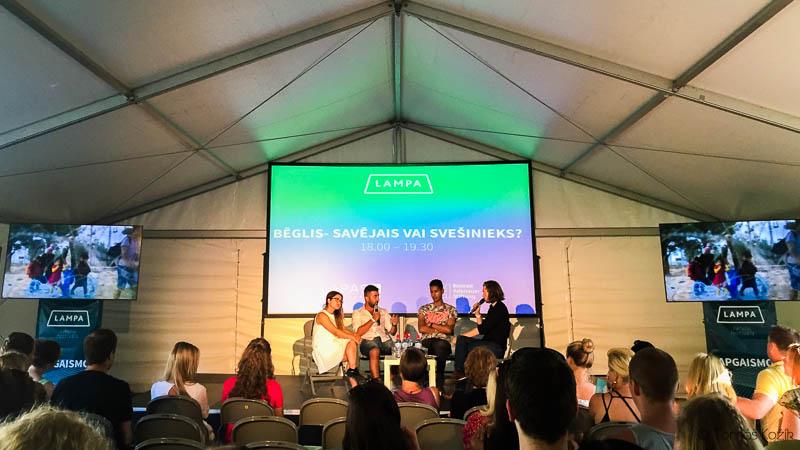 When Taliban got the power in Afghanistan at the beginning of the 90’s, Mira’s parents had to leave the country. If they would have stayed they would have been in life danger. She was 4 at that time. They moved to Moscow where they lived for 10 years. Since it was a problem for their children as asylum holders to receive the confirmation that they finished their education the parents decided to move to Ukraine. She was 14 at that time. Here it was easier to get the citizenship and the children could study freely. But it was extremely hard for her to adapt to this change. It was not only because of the language barrier. This change came exactly in that specific age when an individual tries do define himself or herself and the community of peers plays a very important role in this process. But finally, she managed to handle it successfully as well as her final exams in school. At the moment Mira lives and works in Riga. She has the Ukrainian citizenship, a Latvian boyfriend and Riga was the only place in the EU where she could actually get a job.

Maher has decided to flee the country after the last election. It was obvious that Assad does not have any real support among the Syrian voters and so the election result 95% in his favor was shocking for everybody. Maher realized he has no chance to change anything in the country and he has to leave it. And he did. It took him 8 months to get to Denmark. He has been living there for 15 months now. He already speaks Danish fluently.

Eritrea is a small African country. The government is a military dictatorship. What it means for its inhabitants? Everybody  younger than 50 – boys as well as girls – have to serve in the compulsory military service for an indefinite period. Eritreans are not allowed to leave the country. They are not allowed to travel. They cannot freely decide what they want to do in life. Zacharias understood this is not the way he wants to live his life. And so he decided to flee the country. He was only 17. It was extremely risky. It took him 9 years to get from Eritrea to German citizenship. During that time he was in life risk a couple of times. Last year he has decided to write a book about his journey. Originally he wanted to write it in his native language. He however realized that it is more important for people in Europe to read the story. In cooperation with a German journalist he wrote the book in German. The book got very popular. He is often invited to radio or to various TV shows in order to talk about his journey.

Why have you decided to come to Europe?

Because in Europe people are free and the human rights are respected.

Why haven’t you stayed in your countries?

The living conditions there are not acceptable.

Why have you risked so much in order to get to Europe?

Can you go back to your country?

Not at the moment. We would be killed immediately if we go back.

Do you want to go back if the situation improves?

Mira: I don’t think so. Afghanistan is not my country anymore. I was 4 when we left the country and I have deeper relationship to Russia, to Ukraine and to Latvia than to Afghanistan.
Maher: Of course I would like to go back. But I do not know when it will be possible again. That is why I focus on the integration at the moment. If I want to, I can keep my country in my heart but Denmark is my country at the moment and I do my best in order to become a part of the local community.
Zacharias: Even if the conditions in my country change I would probably not go back. Germany is now my homeland. The country has accepted me and I have accepted the country. I feel more German than Eritrean.

What is from your point of view most important for quick integration?

The language is probably the most important thing. The language is a tool you use in order to express yourself. If you cannot say to the others, what you think or explain what you do and why you do it than you will never be able to integrate. On the other hand, language is also a key to getting to know and understand the local culture. Knowing and understanding the local culture is one of the crucial conditions for integration.